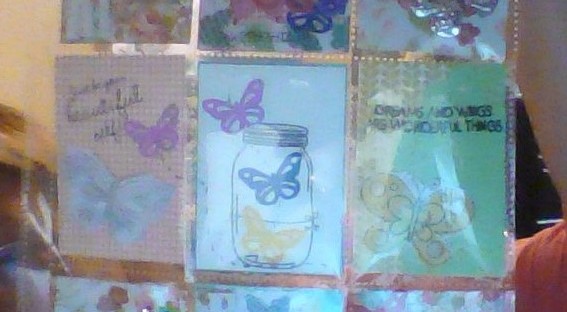 I have delved into the world of Pocket Letters and I absolutely love it! What is a Pocket Letter? Well, I’m glad you asked. Pocket Letters is a combination of writing a letter, having a Pen Pal and Scrapbooking. I was feeling kind of sad the other day – thinking about how the art of writing a letter or sending a card through the mail has become a lost art. With the rise of the Internet and all forms of social media hardly anyone sends or receives anything in the mail that’s personal anymore. Every now and then – but not like in the days before Facebook and Instagram – I still remember the loads of mail my grandmothers and mother received at Christmas. Their walls were literally covered in Christmas cards – there was no white space to be seen. Even when I graduated high school, got married and started having babies, I received so many cards and letters in the mail. Then somewhere along the way – the Internet became easy – but not so personal anymore. Really? Think about it? How many of you have sent a note, letter, or card of encouragement to anyone lately through the mail?

Well, now the new thing is to send pocket letters. Which is a good idea really. Jeanette Lane was the one who designed the idea of a pocket letter. She figured why not fill up a trading card pocket sleeve protector with little cards and goodies and send them to a Pocket Letter Pal!

I thought it would be fun to try! So I found a few group pages on Facebook where I could swap Pocket Letters with some new found friends. I just received my first one in the mail yesterday and sent my first one out to her. She should be getting it tomorrow or Tuesday. I have one more that I am making to send out that has a butterfly theme.

This is the one I received, loaded with goodies. So pretty. I love it! 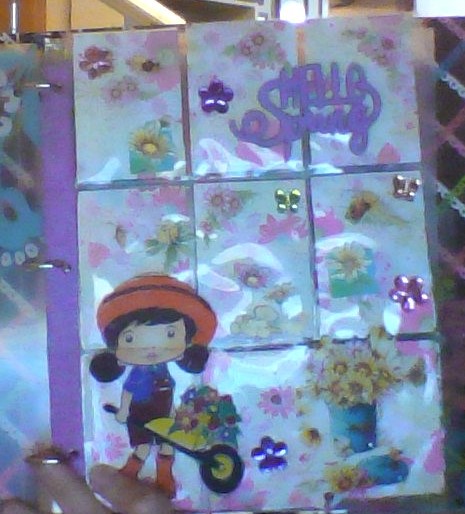 Here is one I am getting ready to mail out. I have just a few more embellishments to add to it and I will be done. (My lighting is terrible) 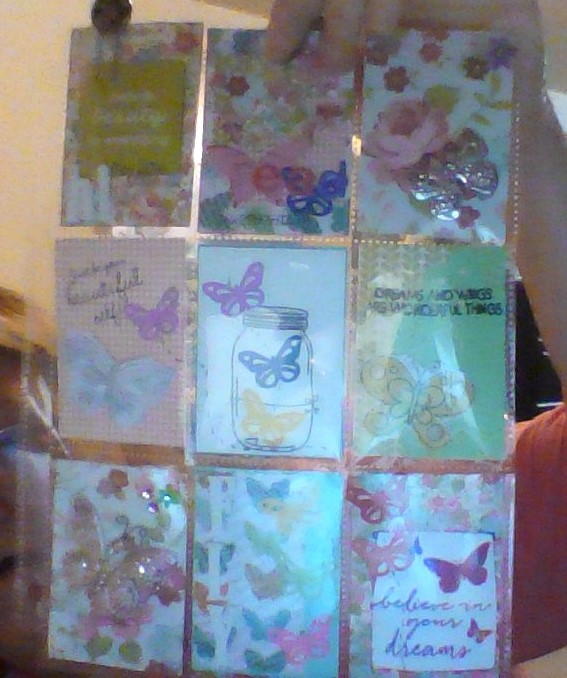 Here’s the back side. I have a few more items to add but you get the general idea. 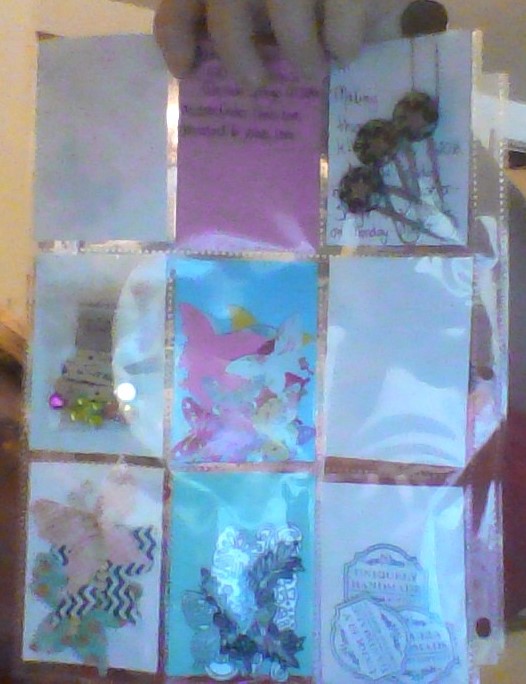 Now I want to go make some more. I need to make one for a few of my friends and some cousins and I have a few more swaps coming up… Let me know if you want to swap with me. It’s a great way to use your scrap stash. Comment if you would like to start a swap with me… or if you would like me to hold a class on how to make your own Pocket Letters. 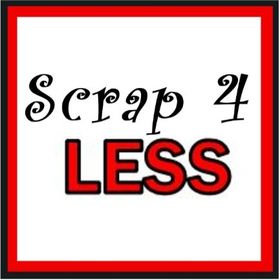 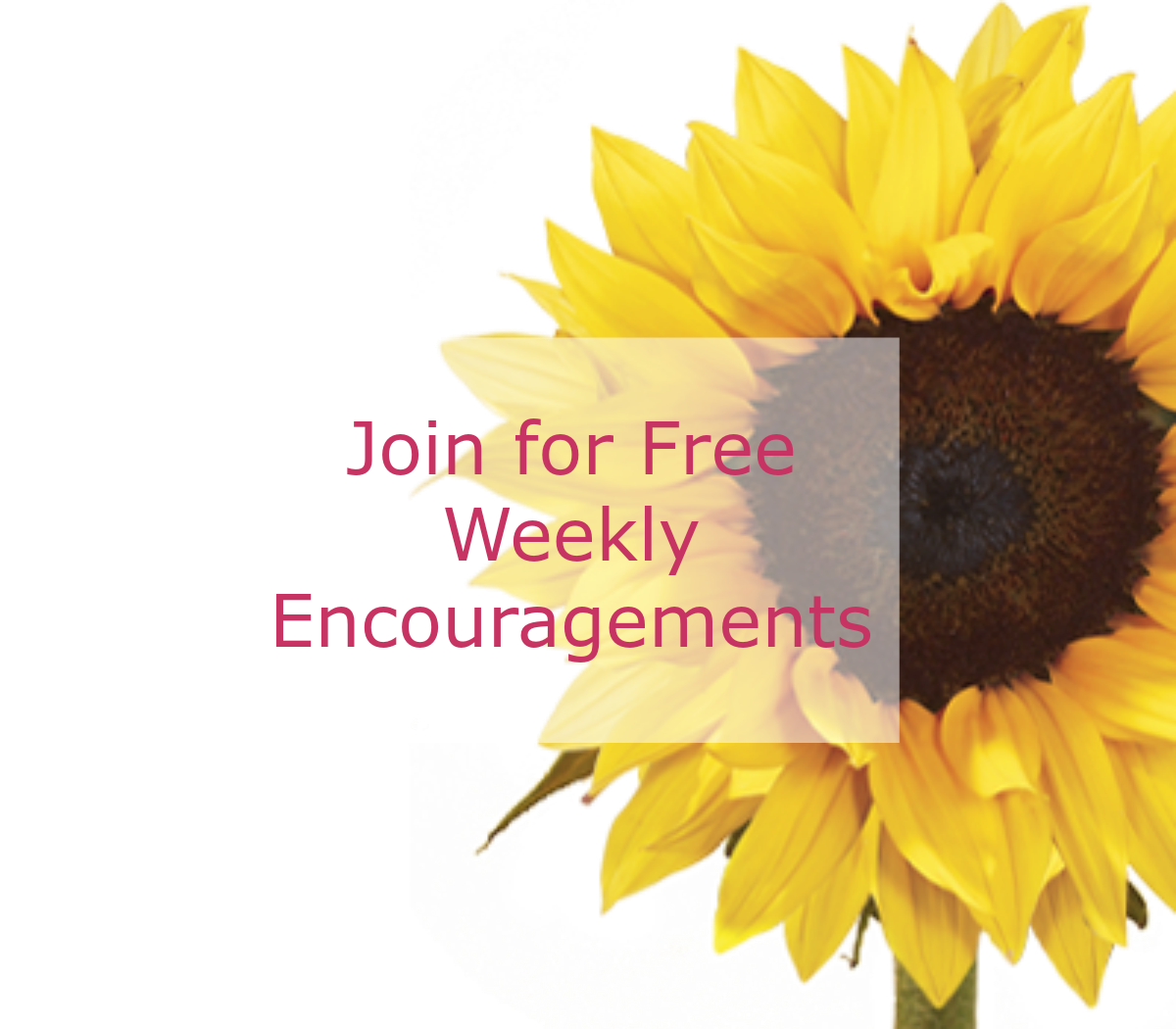 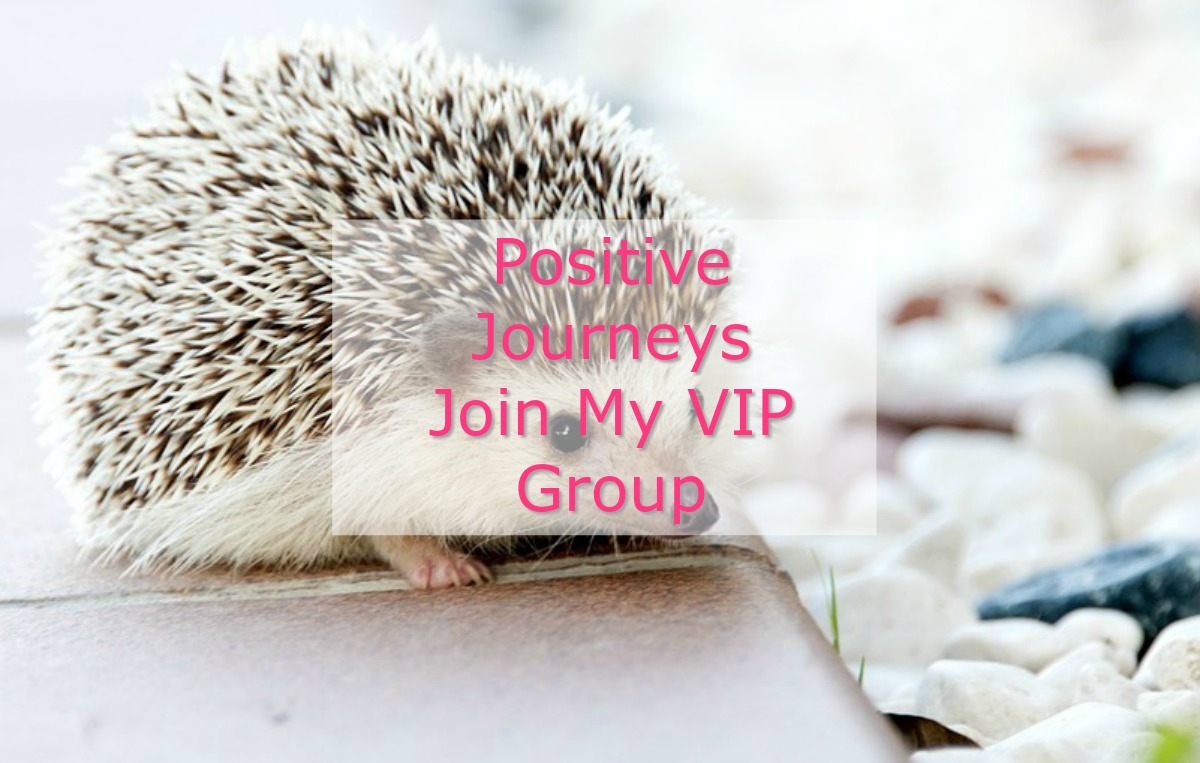 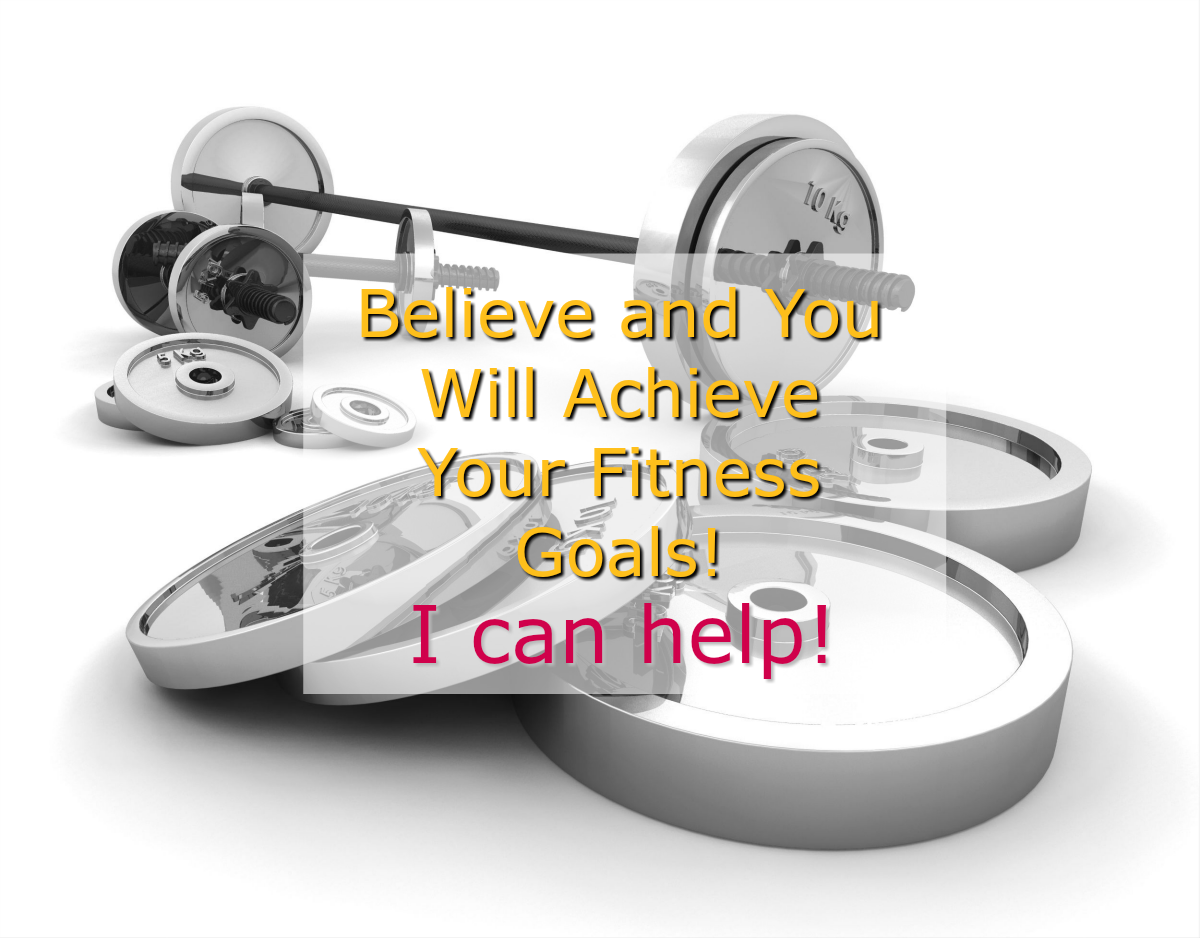